Of all the common repairs diesel owners have to face, removing and replacing a starter motor can be one of the most painful. It is never easy, even when you have done it dozens of times like myself. Here I will try to share a few tips that can make the job go smoother and with less frustration.

Getting the hex head bolts out can be the toughest part of the job - especially the top bolt. You just can't get a straight shot at it and both bolts seem to be on way too tight. That means you also need something that can deliver a lot of torque.

First and most important, without the right tools don't even attempt it. Then the job will definitely drive you mad! The pictures and specifics shown here apply to the 123 chassis 240D and 300D non-turbo models from 1977 to 1983. General procedures apply to the 1969 to 1985 220D, 240D, 300D, 300CD, 300TD and 300SD. The two bolts holding the starter motor to the bell housing are 10 mm hex head bolts and they are torqued VERY tightly. Not only is attempting to break them loose a pain, just trying to get the hex socket on the bolt heads and be able to to turn a ratchet or breaker bar can at first seem near impossible.  Here is a list of the tools you will need. 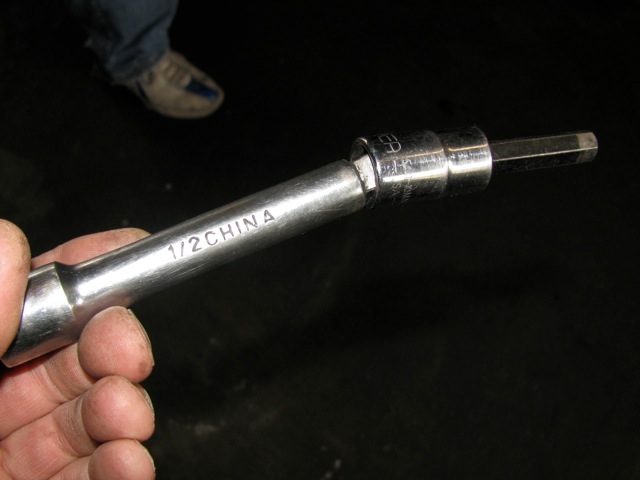 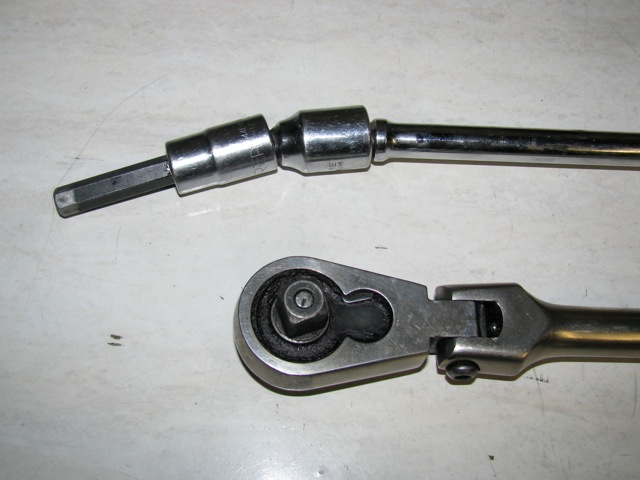 As you will see in the pictures below the wobble ends of the extension will allow the hex socket to get straight on the bolt head. The long extension/s will allow you to go from the back of the transmission up along the side of the transmission case to get to the two bolt heads. This allows you to remove the starter bolts without having to drop the back of the engine down to gain access. You may need someone to help you hold the socket on the bolt while you heave-ho on the breaker bar. They are on there tight! 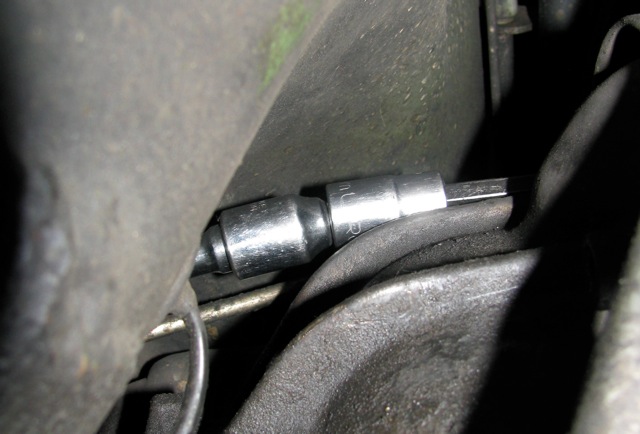 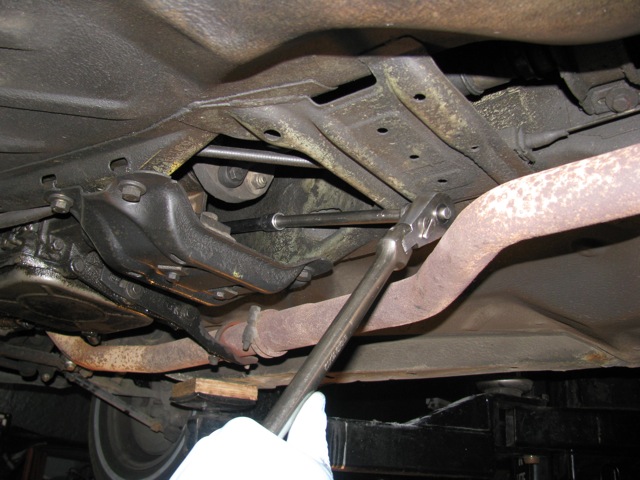 Once you struggle to get the two bolts out you would think the hard work is done, but not so! Even after you remove the wire connections the starter will not drop out. You can twist and turn it every which way - like a puzzle - and you can not get it out. Both the exhaust pipe and steering tie rods can interfere. Some would remove the exhaust header pipe but I concur it is easier to remove the idler arm bolt and just pull the steering rods out of the way. First picture shows interference problem. Second picture shows removing the bottom nut on the steering idler arm. 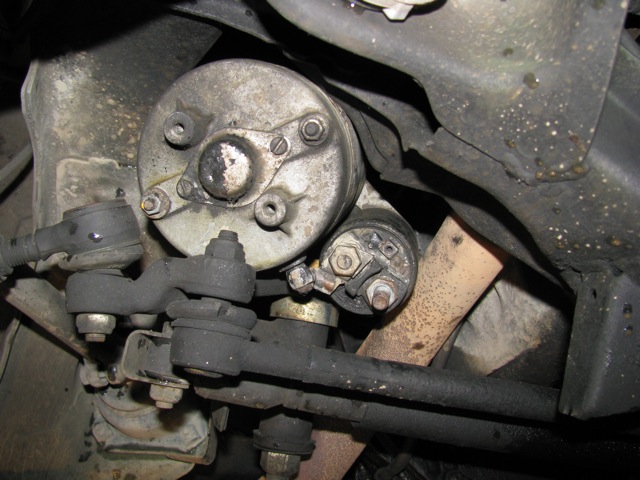 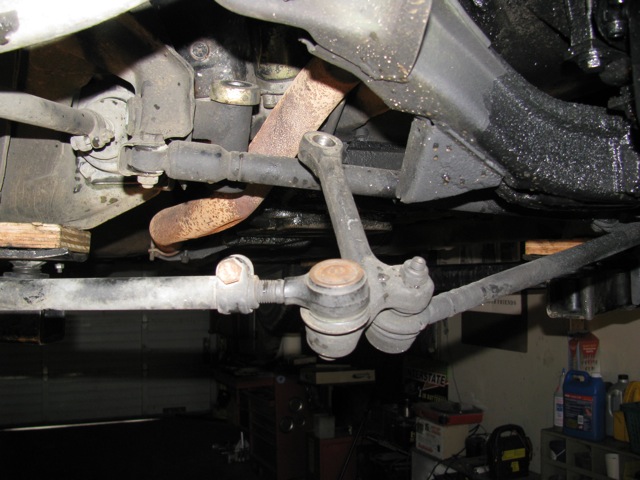 Once the idler arm is pulled forward you can pull the starter out the bottom.  Now that you know how to take it out putting in back in is in the reverse order. 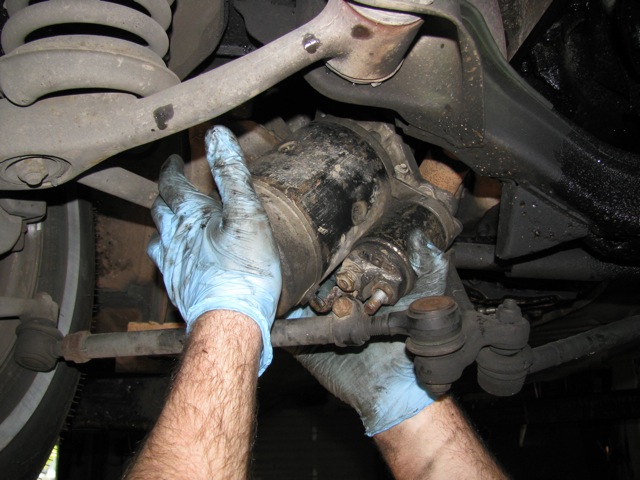 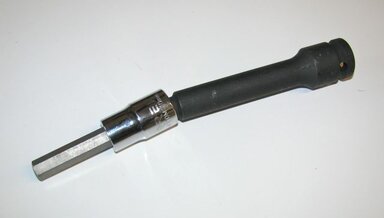