How do you know if you are looking at one of these models? You can tell immediately by the location of the engine air filter. Note in this picture that the air filter is mounted off the engine just behind the right side headlight. A number of changes were made on these models to reduce emissions and to increase fuel economy. Some actually showed up in California in mid to late 1984. A few 1985 models may have shown up in other states without these revisions due to lower emissions standards. But as a general rule, almost all 1985 diesels with the OM 617 turbo engines with have the changes discussed here. 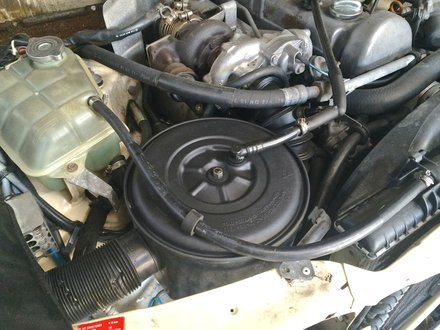 The reason the air filter was mounted off the engine was due to the fact the turbo charger had to be mounted higher on the engine to accomodate for the trap oxidizer mounted below the exhaust manifold. This unit was installed to collect the "soot" particles being emitted in the exhaust. 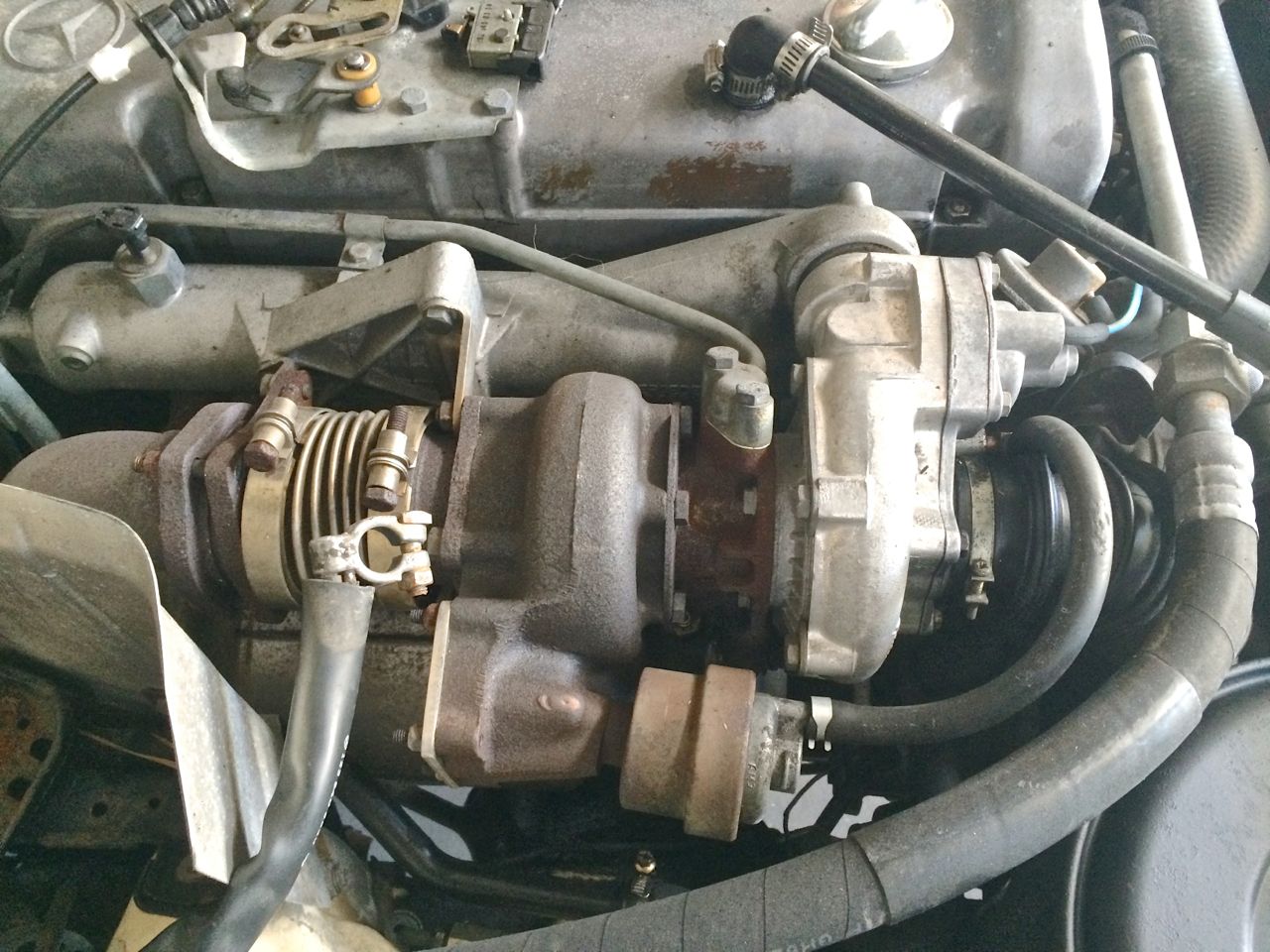 Along with the addition of the trap oxidizer, there were a number of other things added on and around the engine to help reduce emissions. This has made it more difficult to diagnose and troubleshoot some engine and transmission performance problems. 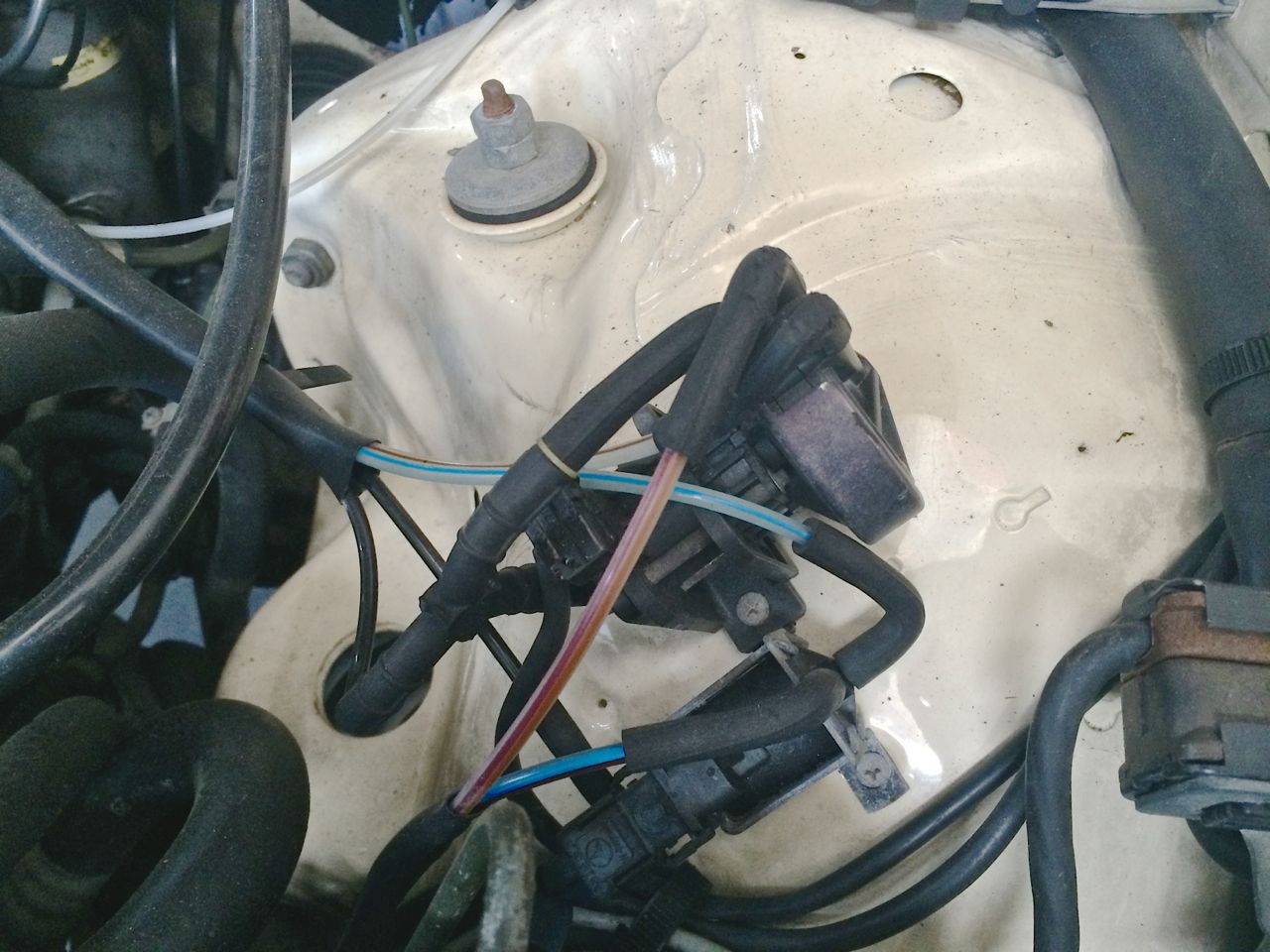 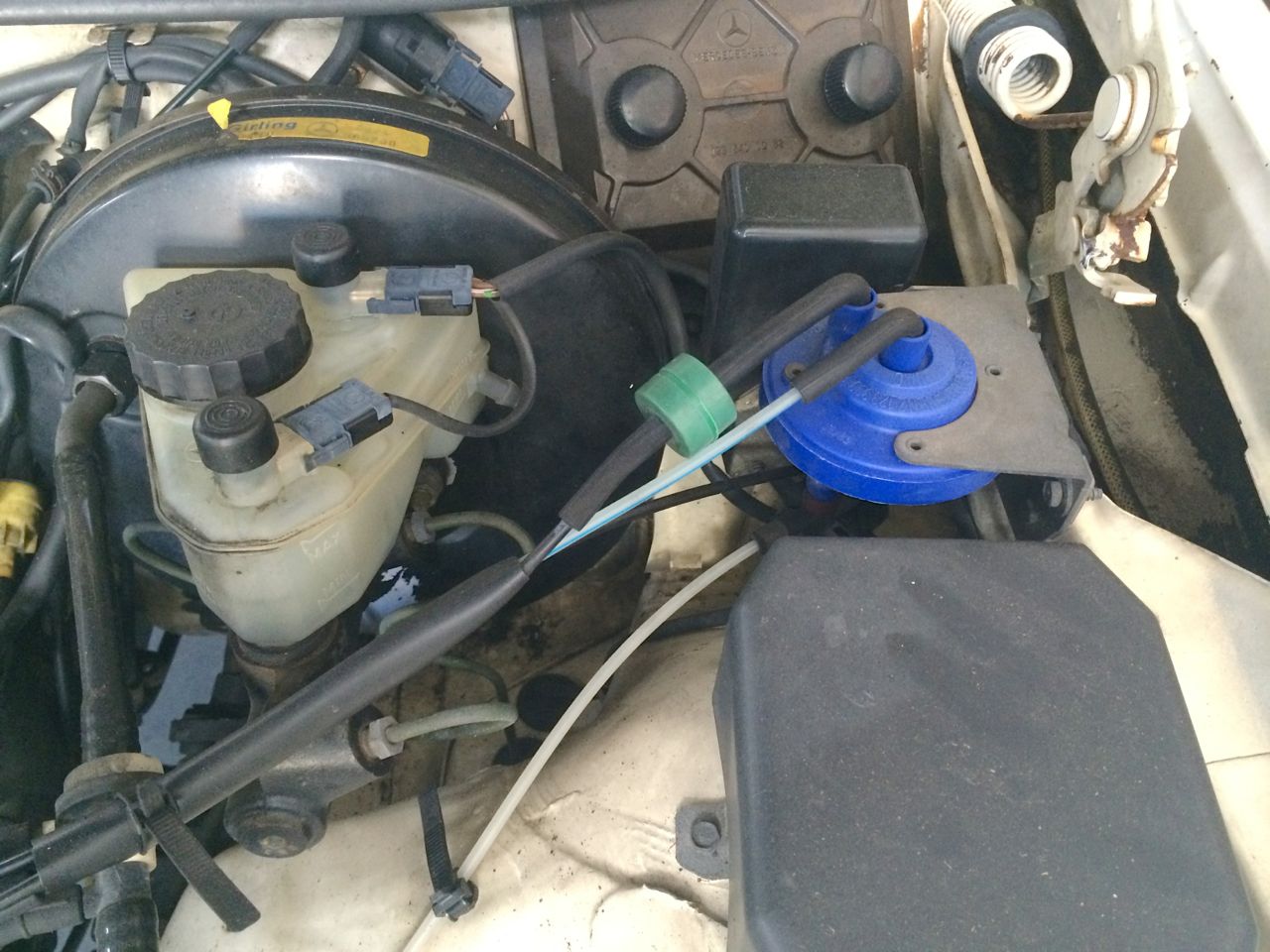 You can see from copies of the vacuum schematics below how much more complicated the vacuum controls and hose rounting are as opposed to the 1984 and older models. 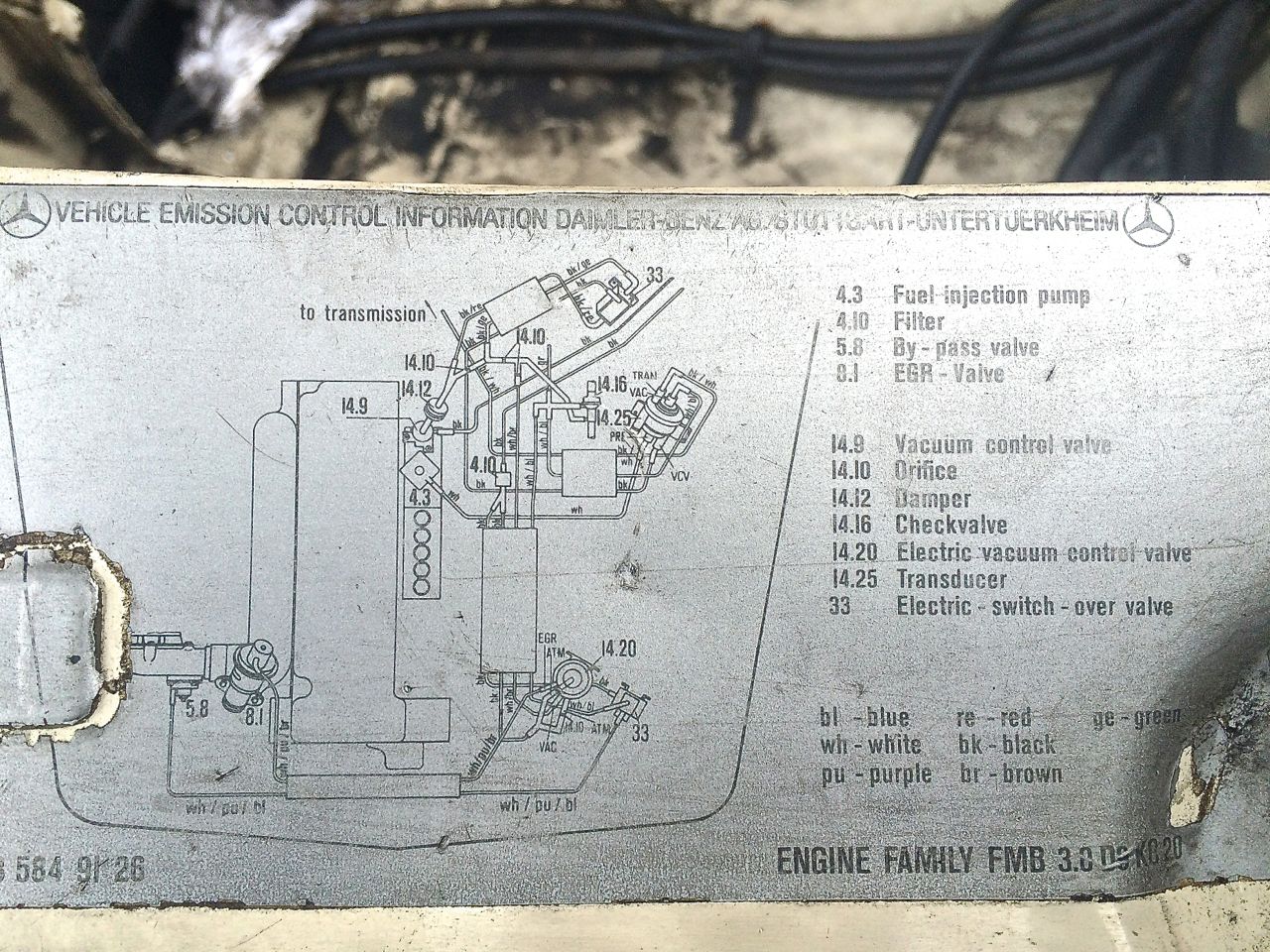 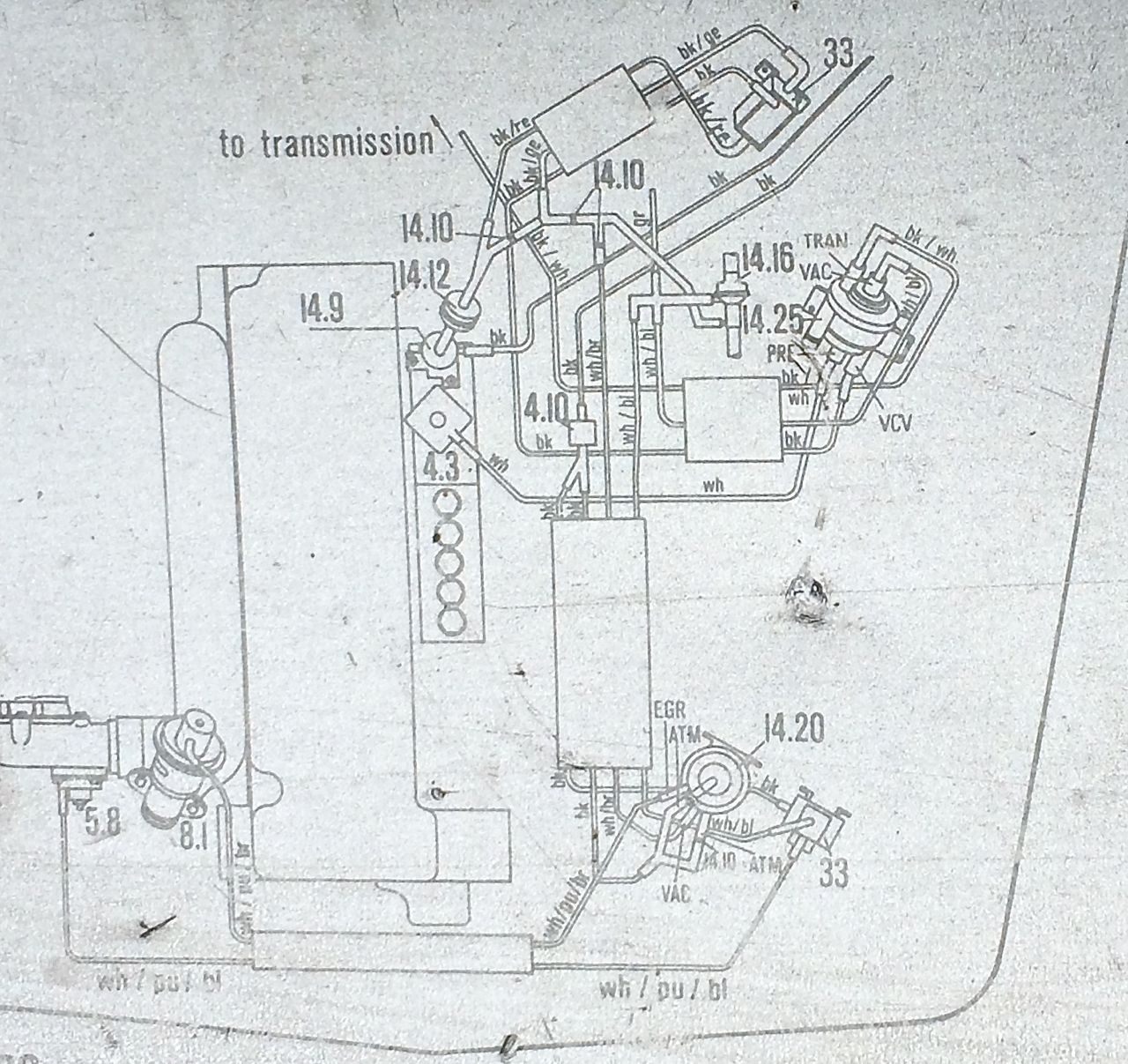 Kent currently has no other written instructions or manuals dealing with these 1985 models.

On the bright side the one big advantage is the lower ratio rear end that allows for much better fuel economy at freeway speeds. If you are able to find a 1985 rear end with the 2.88 ratio you should install it in your older model. What a great improvement that can be!!!!