This must read information is also included when you purchase a set of nozzles and in our Diesel Fuel Injector Cleaning, Overhaul and Testing Procedures manual.  Monark fuel injector nozzles are precise metal parts produced in a very controlled environment with numerous checks for quality control. They are manufactured with extremely close tolerances. My experience in working with thousands of these nozzles has proven that if a problem shows up during injector overhaul, it has never been with the nozzle itself. The factory production is too precise. If you are having problems with poor spray pattern or excessive nailing here is a summary of the possible causes. Take particular note of #5 below: 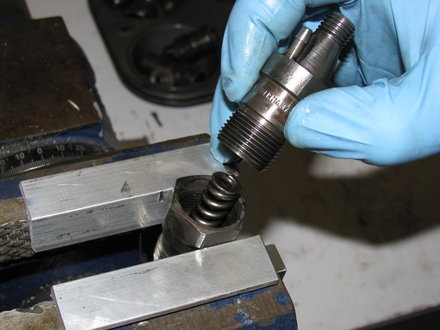 1. Dirt contamination during assembly or right after engine start up.

Solution: Do a diesel purge before you remove the old injectors. This will flush any ‘crud’ out of your injection pump and IP fuel lines. Then replace the fuel filters immediately. Be VERY careful during assembly to not allow any speck of dirt to enter the injector. This can cause the tip to hang up while testing for spray pattern and ‘nail’ while the engine is running.

2. Damage to the fine tip during assembly.

Solution: Use extreme care when handling the new nozzles. Most of the damage I have seen has come from someone hitting the tip with the injector socket or dropping it. Do not let the tips bang into each other during assembly or installation.

3. Improper lapping of the center piece and upper housing before assembly.

Solution: Carefully inspect those parts for deep scoring or rust pits before you start the lapping process. Some of these old parts can not be saved. We recommend you try to purchase some used injectors if you find yours are excessively worn or rusty. While lapping, follow the instructions exactly and make sure you are working on a super flat surface. Improper lapping usually shows up as fuel leaks between the injector halves.

4. Over torquing the injector halves.

Solution: This one happens way more often  than it should. Seems that some people think a little extra torque can’t hurt. NOT TRUE. You must use a torque wrench and torque to proper specs as outlined in the instructions, NO MORE. Over tightening can cause deformation of the new nozzle and lead to tip misfire, scoring and overheating. I had one customer send his nozzles back saying they were bad. Upon inspection, two were seized together and all were a blue color due to overheating!!!

5. Problems with the injector holders (halves).

Solution: We have rebuilt thousands of fuel injectors here in our shop and have a lot of experience dealing with spray patterns and release pressures. It seems that about 1 out of 25 of these old used nozzle holders are bad. Remember, a lot of them have many thousands of miles of operation! No matter what we do we can not get the injector to spray properly even after proper lapping. They might leak, release inconsistently, or spray heavy to one side. Taking the nozzle out and placing in another good used injector always solves the problem. If this is happening to you, you can confirm by taking the nozzle out of the injector that is spraying poorly and putting it in an injector that you know is spraying properly. Be sure to pull the tip out  slightly at first to make sure there is no scoring due to dirt contamination. If you find your injector holders are bad try to purchase a set of used injectors from a recycler. We can not get these parts new. 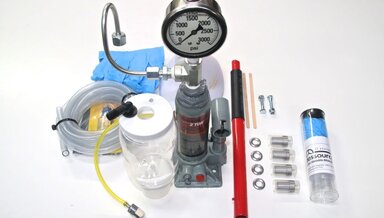 This kit has the right stuff you will need to rebuild your diesel fuel injectors yourself in your own garage! 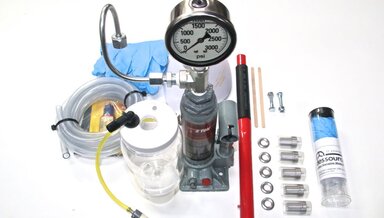 You CAN rebuild your diesel fuel injectors yourself in your own garage! 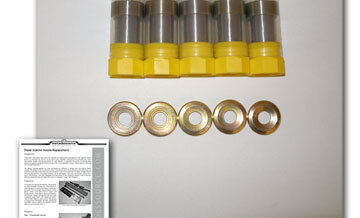 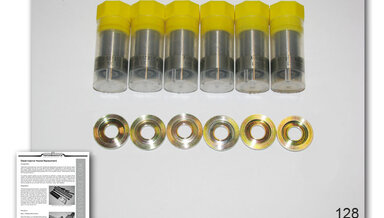 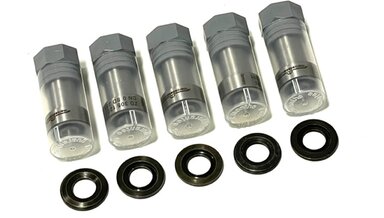 German made for us by Wolfswerke-sachsen ( same company and same nozzle that was formerly branded as Monark). Yes! We brought them back... 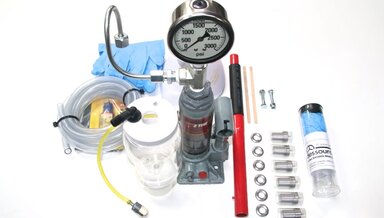 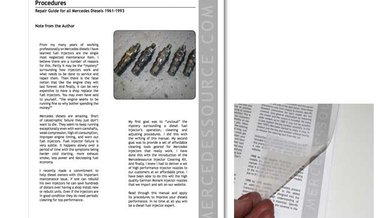