Electric power seats are great if they are working ok. When they do not work - especially in the fore and aft or tilt movement it can be very frustrating to even drive the car. When the seat won’t move it also makes it VERY difficult to remove from the car to repair or replace the moving seat track mechanisms. 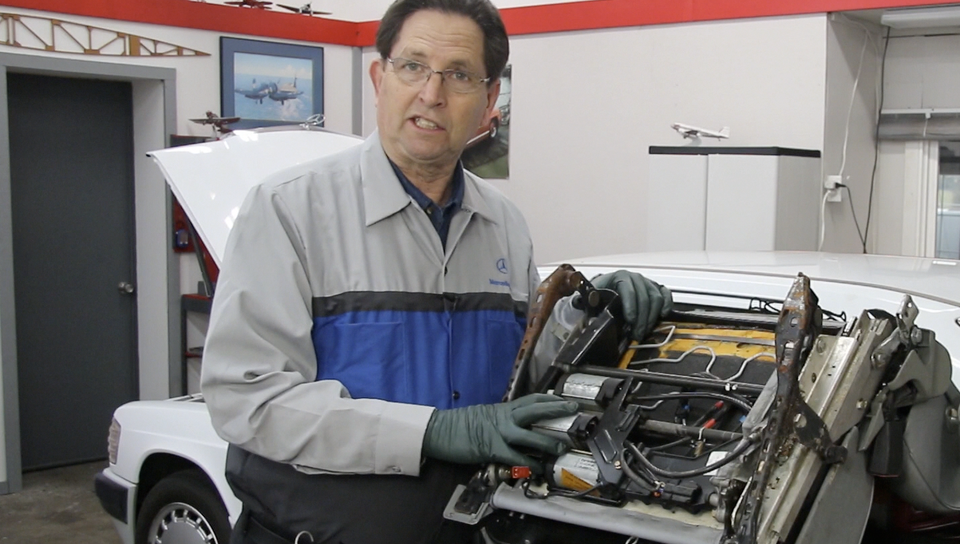 Kent goes after repairing his own power seat in his 190E and runs into some difficulty even getting it out of the car. Since one of the motor drives is not working he decided to just replace the entire seat track assembly from a good parts car. So you will get to see the entire process as he gets the seats out of the cars, tests them, removes and replaces the track, and reinstalls the seat back into the car (without damaging the car or his back!)

You may only need to replace a worn out driver’s seat bottom with a good one from another car. This video will show you how to safely remove a seat (even if it is not powering), take the tracks off, test the motors, and replace the seat back into the car. Along the way you will also learn a lot about the theory of how these seats operate.

There might be slight differences in wiring and location of wiring plugs but the repair principles shown in this video also will apply to the power seats in a W124 or W126 chassis.

The video covers the following:

In summary this video only covers seat bottom power track theory, troubleshooting, removal of the seat from the car, testing, and removal of entire bottom track assembly from the seat.

NOT COVERED: The function, removal and replacement of the door mounted power seat switches is not covered in the video. Also the specifics of removing the seat back from the seat bottom and how to repair / replace the seat BACK motors that control the headrests and the tilt function of the seat back are NOT COVERED in this video.

For information of troubleshooting and replacing power seat switches in the W201 be see related products. 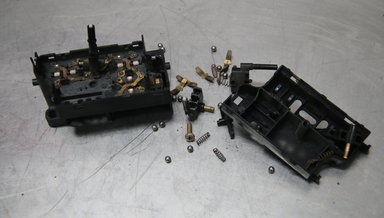 A step-by-step video on how to do it right - Bonus feature on modifying switches from other models.

If your power seat is not working it is hard to determine if it is a switch, a motor under or inside the seat, or a wiring problem. From our experience  xx % of the time the problem is in a worn out or failed electrical seat switch. 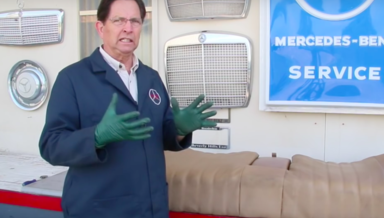 What is that "Crunchie" Sound in Your Old Mercedes Seats? 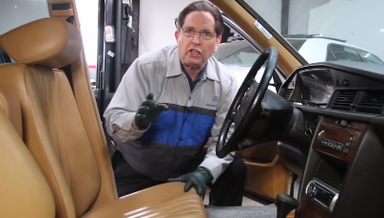 The seat has to be able to move back and forth in order to remove it!