This weekend (July 30, 2011) I had the privilege of meeting a true American World War II hero. Our radio Control flying club had a model warbird fly-in on Saturday. We invited Joe Moser to attend the event and share his story and sign copies of his new book. Joe was a P-38 pilot who flew 44 combat missions over Europe in the period leading up to D-Day and the weeks immediately following the invasion of Europe. On August 13, 1944 his P-38 Lightning twin engine fighter was shot down by enemy gunfire over France. He was barely able to parachute out of the burning plane at low altitude and was immediately captured by the Nazis and his life soon became a nightmare. He was sent to Buchenwald - the infamous Nazi work camp where tens of thousands died of cruelty, medical experiments and starvation. The story of his ordeal is told in his book, " A Fighter Pilot in Buchenwald."

When I found out that Joe was 89 years old and grew up and went to school in Ferndale I walked up to him and asked, " Did you know my father, Les Bergsma?" He got this big grin on his face and said, "Yes, I went to school with Les. He was two years ahead of me." What a small world! I had a lengthy and very interesting discussion with Joe. Being pilots we immediately had a bond and joked about what it was like to feel true terror in the cockpit. He was surprised to learn that my father was a pilot instruction during the war. Apparently they did not keep in touch after high school. I had him sign my copy of his book and he wrote in it " Went to school with Les, best wishes, Captain Joe Moser. "

I just started reading his book. It is a fascinating read and you won't believe what Joe had to endure. When asked if he would fight again, he always replies - in a heartbeat…. Joe is a real gentleman and a real class act. There is also a documentary movie that has just been finished on his story.

Sidenote: The P-38 model in the foreground in mine. It has the invasion stripes on it just like Joe's plane had. Except for the nose art he told me it looked just like the plane he flew. I let him display it during the event so he could show people what a P-38 looked like. He told me he loved flying that plane.

As you can see it was a beautiful day in the Pacific Northwest and a perfect day to fly a little bit of history! 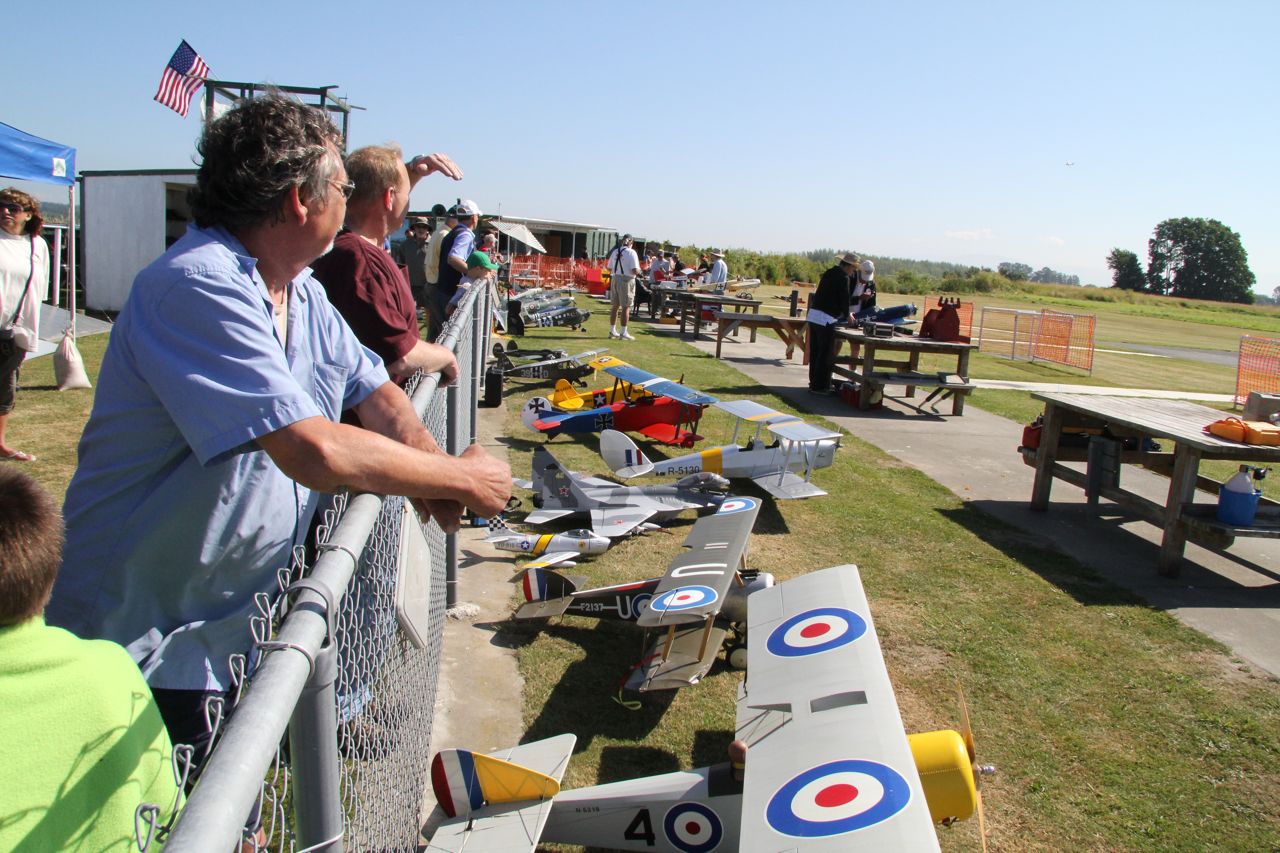